The current exhibition of Tutankhamun follows the Treasures of Tutankhamun exhibition that was shown in London at the British Museum in 1972. The exhibition travelled to many countries including the USA, USSR, Japan, France, Canada and West Germany. During this period, in spite of expert supervision and care, the exhibits unfortunately suffered from their ordeal. 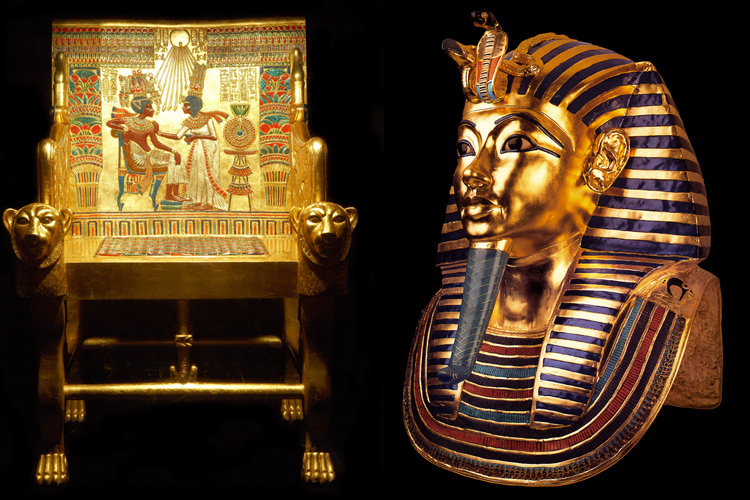 The Egyptian Government, in an effort to preserve them from any future stress, made a decision that the Gold Mask of Tutankhamun and many of the major treasures were not to leave their home in Egypt again. Tutankhamun Exhibition was designed and created to overcome this problem. All the exhibits have been carefully crafted by meticulous reference to the original antiquities, photographic records and detailed measurements and diagrams. Craftsmen and artists have recreated the treasures by using, wherever practicable, materials and methods used in making the originals, making the treasures shown in this exhibition identical as possible to the originals now in Egypt. This care and accuracy of the archaeologists and craftsmen have extended to the reconstruction of the antechamber of the tomb. It has been recreated exactly as it was when Howard Carter entered it in 1922. The burial chamber has been recreated to show the moment the golden coffins were removed from the sarcophagus.

Such is the accuracy of the treasures and setting in this exhibition that they have featured in a number of national and international television programmes on Tutankhamun, which have chosen to feature the tomb and treasures in this exhibition rather than the originals, now in Egypt. They have also been reproduced in books, magazines and newspapers. 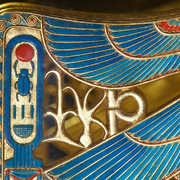 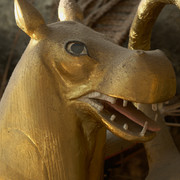 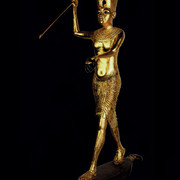 Tutankhamun 100
Latest reviews
"We all enjoyed the exhibition - lots of ‘WOWs’ when we reached the chambers.…"
- St osmunds Primary, Salisbury