His first three years were spent at Akhetaten, during which time his relative Ay, as regent, tried to rectify the errors perpetrated by Akhenaten. To return to stability, it was necessary to return to the old order, and eventually during the third year of Tutankhamun's reign the court re-established itself again at Thebes, where the young king was crowned.

The old religion of Amun was restored and the king changed his name from Tutankhaten to Tutankhamun, his wife changing her name from Ankhesenpaaten to Ankhesenamun. For the next few years, attempts were made to put right everything that Akhenaten had done wrong. Egypt gradually settled back to stability....almost. We have very little evidence of what really went on at the time. But suddenly, and quite unexpectedly, in the young king's eighteenth year, he died. 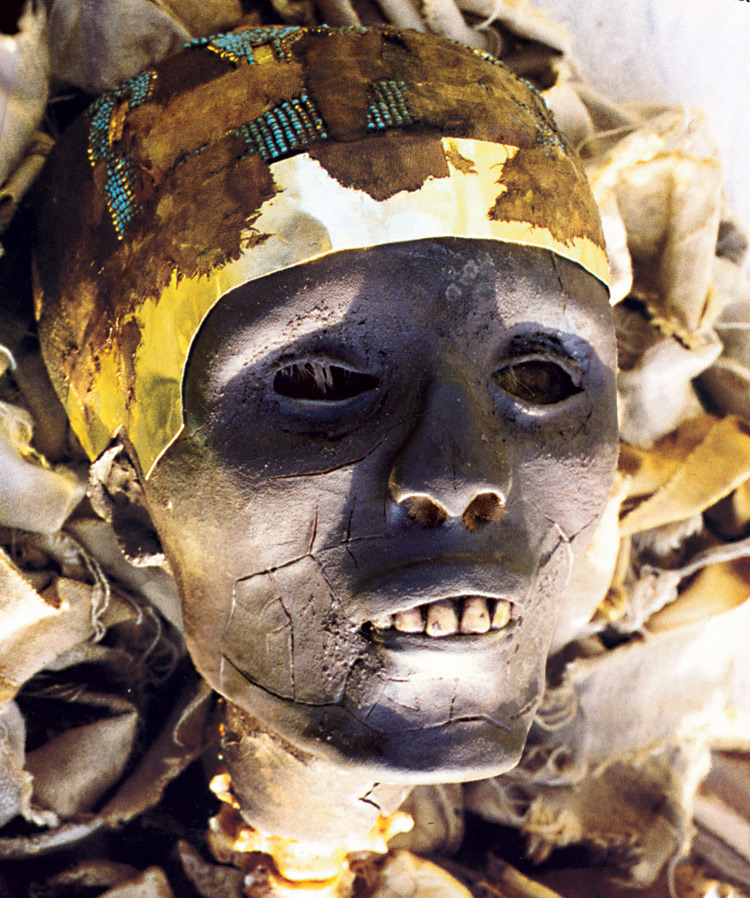 Forensic examination of Tutankhamun's mummy has thrown little light on the probable cause of death. X-rays of his skull have revealed that he suffered a severe blow to the head. The wound, however, shows some signs of healing, and thus early observers have dismissed it. It now seems probable that this healing could have taken place while Tutankhamun was in a coma, and that the blow was sufficient to have killed him. Whether the blow was sustained by accident or by intent cannot be proved.

Circumstantial evidence, however, suggests that the young king, influenced as he undoubtedly was by his early years at the court of Akhenaten, may have shown signs of moving his policies more in line with those of his predecessor. This would have been sufficient to cause alarm, not only to the court but also to the priesthood, and it may have been to prevent chaos returning to Egypt that Tutankhamun was killed. What is clear is that Tutankhamun died unexpectedly and without heirs. His own tomb was unfinished and it seems that he was buried in a tomb originally intended for Ay.

Tutankhamun 100
Latest reviews
"We came here on holiday specifically to see this exhibition. We have not been disappointed,…"
- Mr & Mrs Jones from Manchester